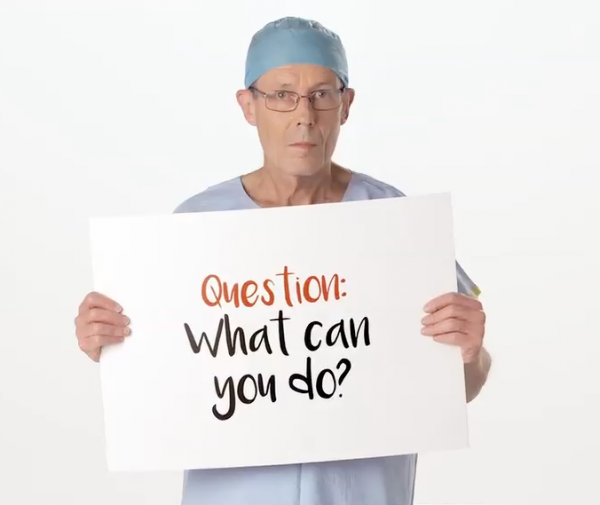 Dr Christie in our 2016 Beanie Campaign

In 2013, just weeks after Mark's brain cancer diagnosis, Dr John Christie was the surgeon tasked with operating on Mark's brain and removing the tumor. That was the beginning of a wonderful friendship with this quiet achiever. A real gentleman and a brilliant neurosurgeon. It's not rocket science...but it is brain surgery... not something to take lightly a rare skill that requires bravery and humanity. A remarkable man.

Eight years ago you may have met Dr John Christie in our first Beanie TV campaign. We were amazed and thankful that he took time out of is busy schedule to be part of our beanie for brain cancer campaign.

This year Dr Christie once again put his hand up to support our cause. Read his story here.

My name is John Christie, and I have worked as a Neurosurgeon in Newcastle since 1988. In  August, 2013, I was privileged to be asked to be Mark's surgeon.  Mark's time in John Hunter was remarkable for two reasons. One was the effect of Mark's visitors, who left our ward staff perpetually star struck. The other was the desire expressed by Mark and Kirralee within days of his surgery that they wanted to contribute to research into brain cancer, and so the Mark Hughes Foundation was born.

What has the MHF meant to me?

MHF has raised public awareness of brain cancer, which in a way has been a "forgotten" disease, with little real change in treatment options or outlook over my time in Neurosurgery. The public awareness and funds generated by Mark and Kirralee's efforts and those of their supporters have enabled a significant increase in the number of research projects than before the foundation existed. I think my Oncology and Radiotherapy colleagues have also been encouraged in their efforts by Mark and Kirralee's dedication and support.

To me, I think the other big contribution of MHF has been the establishing and funding of the Brain Cancer Care Coordinator positions. I have had so many patients and their families tell me how much they appreciated the care from the coordinator. This alone, to me, makes MHF worthwhile, aside from anything else it achieves. The sense of being in a community that patients and families receive from involvement with MHF is incredibly valuable and to see patients and their families volunteering at MHF events with the aim of benefiting others is a real testament to that.

I have been fortunate to be a member of the MHF scientific committee since day one, and as the only surgeon on the committee I have been extremely impressed by the quality of the researchers and projects that MHF has been able to fund. I think you have achieved far more  than I would have predicted 9 years ago, and have given hope for better outcomes for patients with brain cancer.